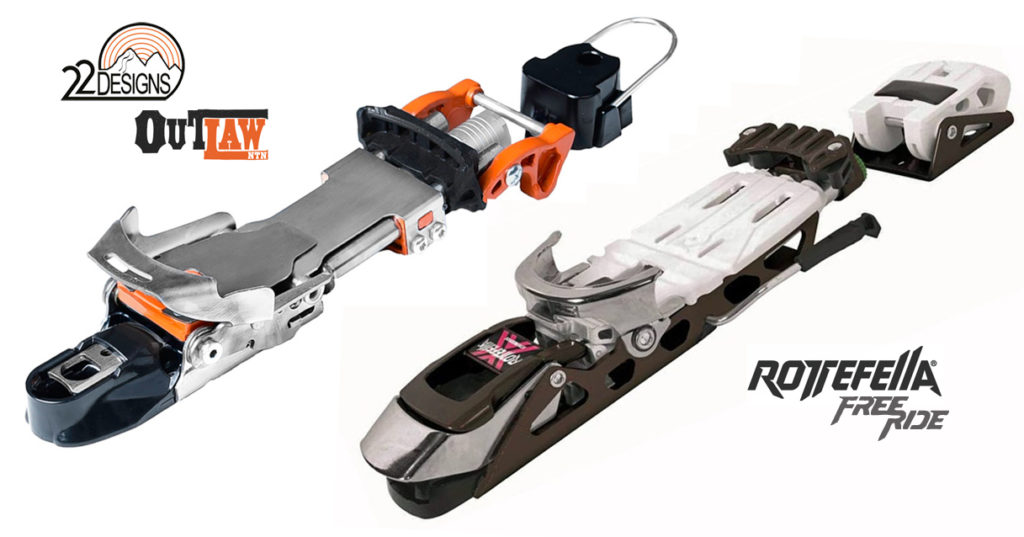 posted by LoveJohnny a registered user of telemark talk

What is the difference between the two? Which one is better, the Rottefella Freeride or the 22 Designs Outlaw? That’s what everybody wants to know. One semi-new telemark norm, two different bindings to choose from… (A lot more than two actually, but let’s focus on the two best ones… Or let’s say the two most popular ones…)

Rottefella introduced NTN, the New Telemark Norm in 2007 with the first green version of what would become the Freeride binding. Not unlike Microsoft, Rottefella pretty much set the telemark standard around the world with NTN. But in the last 5 years, other manufacturers started experimenting with NTN toe cups too. The NTN binding will be 10 years old this season, and Rotte already released 7 different versions of their NTN binding. So why bother skiing something else?

The whole story you can read at:  http://www.telemarktalk.com/viewtopic.php?f=19&t=1176